Everyone makes mistakes. I am not immune to that. Some mistakes sting you the most though, and that’s because these are the mistakes where you hurt the ones closest to you.

I made such a mistake today. I hurt the feelings of a dear friend.

The worst thing is that I only realized how horrible I was being after it was too late. That’s how mistakes work, unfortunately; in hindsight.

What do you do when you’ve realized that you have hurt someone? Should you apologize to them? Some may argue that no, it’s enough to make the mistake and ask God for forgiveness. Confess and be clean of this karma. 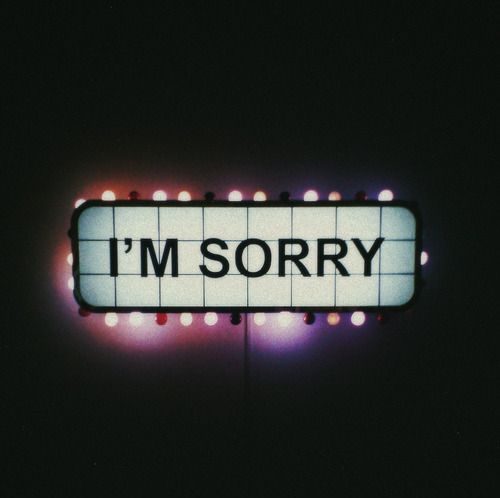 In reality, it is not that easy. In full honesty, think about this and tell me. Who has the power to emotionally, psychologically and karmically forgive you for a mistake you have made to hurt someone?

The answer to that question is that the only person who can truly forgive you for the mistake you have made is the person you have hurt.

A story about the importance of saying sorry

There is a beautiful story in the Srimad Bhagavatam that my Guru, Paramahamsa Vishwananda often tells. This story is about Durvasa, the ancient sage. He was short tempered and moody (to say the least) and one day, because of a misunderstanding, he got really angry at a king by the name Ambarisa and cursed the king. 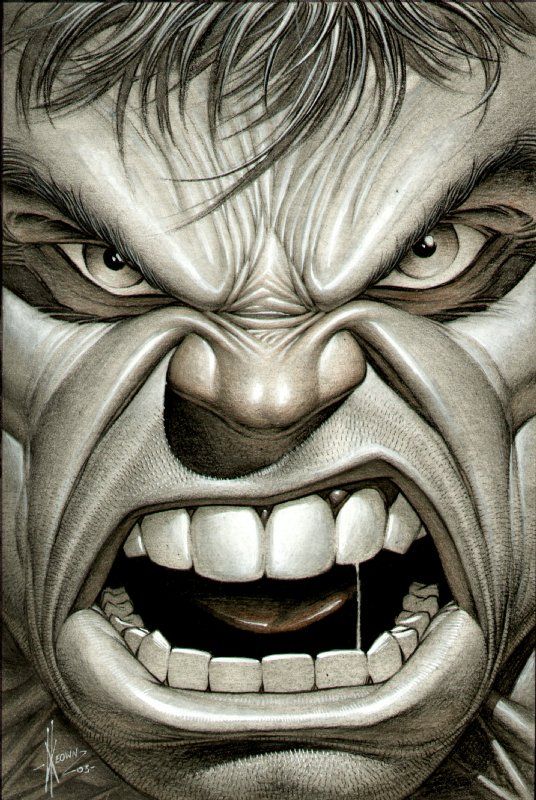 In reality, King Ambarisa was completely innocent but he didn’t argue against the sage. He accepted the curse and even apologized for his innocent mistake. 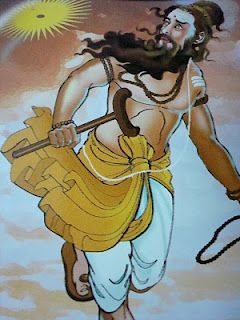 When Durvasa saw the Sudharshana Chakra coming for him, he ran to Brahma, the creator, and begged him for protection. Lord Brahma was powerless against the Sudharshan Chakra and told Durvasa that he couldn’t help or protect him.

Durvasa then went to Shiva, the destroyer and begged for protection from him. Shiva had the same answer and said that since the Sudharshana Chakra belongs to Lord Narayana, only he can protect him from it. So, Durvasa ran to Lord Narayana. 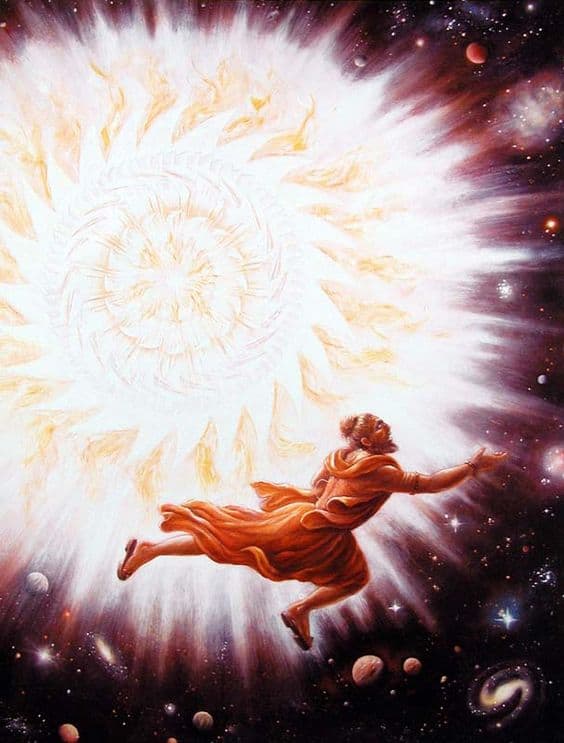 To his surprise, Narayana couldn’t help him either. He said to Durvasa, that the Sudharshana Chakra flew out to help and protect the pure devotee of Lord Narayana since the offense was made against the devotee. The only person that can stop the Chakra is the devotee, not the Lord.

Durvasa then ran back to his starting point, to King Ambarisha and fell at his feet asking forgiveness. King Ambarisha realized what had happened and prayed to Lord Narayana to forgive the sage and stop His Chakra, and by doing that, he saved the Sage. 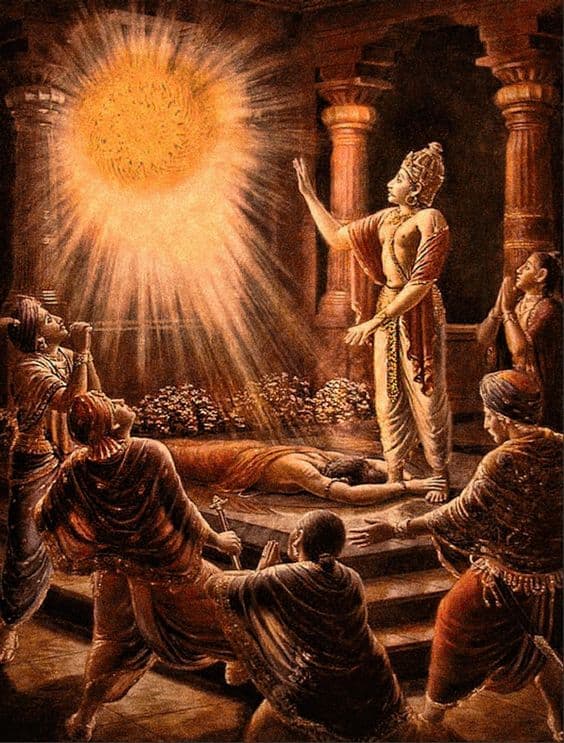 The point of the story is that when you commit a mistake against someone, then you run to God and ask for forgiveness, you won’t find it there. The only person who can forgive you is the one who you hurt with your mistake.

No matter how uncomfortable and embarrassing it is, you must ask for forgiveness from your friend who you’ve hurt.

How to ask for forgiveness and say sorry

Here are three ways you can say sorry after you’ve made a mistake.

Sometimes you need a crutch to lean your apology on and a headache or not feeling well is a good excuse for being weird. Even better, if you genuinely weren’t feeling well when you misbehaved with your friend, then this will be true!

Text: Sorry I was a little out of it. Had a massive headache from the sun at the beach. Let’s hang again soon.

This is a less desirable way to apologize but sometimes you need a 3rd party to help ease the tension. Also, sometimes it really is the presence of a third wheel that makes you act differently towards a friend and then you end up hurting them by mistake.

Text: Sorry if that was a little awkward. I think I was being weird because so and so was there.

3 | Say sorry and tell the truth

Once in a while, saying sorry isn’t going to mean much unless you really get down to the root cause of the issue and come totally clean about why the friction occurred between the two of you in the first place. This can escalate very quickly, so be prepared to humble yourself and make yourself vulnerable if you choose to go with this. It really has to come from within, otherwise, you’ll just end up attacking your friend and hurting them much more than you originally had.

Saying sorry is a sign of strength, not weakness. This kind of strength cultivates through looking at yourself and analyzing yourself and the best place to do that is when you are in meditation. If you have never meditated before, look into it. I highly recommend Atma Kriya Yoga as a meditation practice.

Don’t be afraid to say sorry. When you can smile and laugh and just be comfortable in the presence of your friend again who had accidentally hurt, it will be worth it. 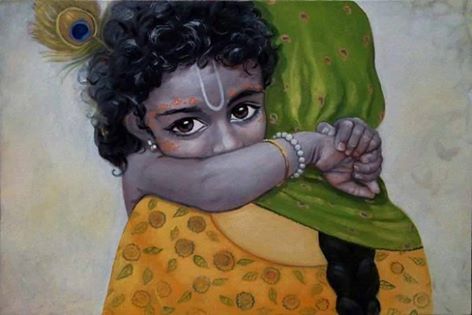 link to Will Karma Get My Ex For Hurting Me?

If you've ever been dumped before then this question must have crossed your mind: "Will Karma get my ex for hurting me?" I have asked this countless times after getting dumped in High School and...

Continue Reading
link to Karmic Attraction: Everything You Need To Know

When I was thinking about all the relationships I've had in the past, I wondered whether the particularly crazy, intense ones happened because of Karmic attraction. So I did some research and looked... 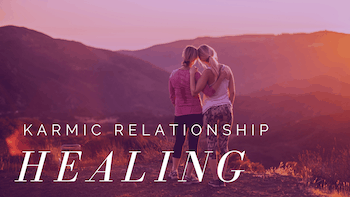