The very first OM Chanting circle ever held in Mississauga was on January 31, 2016. It was at a beautiful yoga studio on Financial Drive, called YogaVision.

It was the largest OM Chanting I’ve ever organized on my own and I went through a roller coaster of emotions in the planning process and in the lead up to it.

At first, there was the inspiration and insight! This is when I got the idea to approach the owner of the studio, who I had met a few months prior via my friend Leyla Razeghi and ask her to collaborate. She must have sensed my enthusiasm, because she agreed. 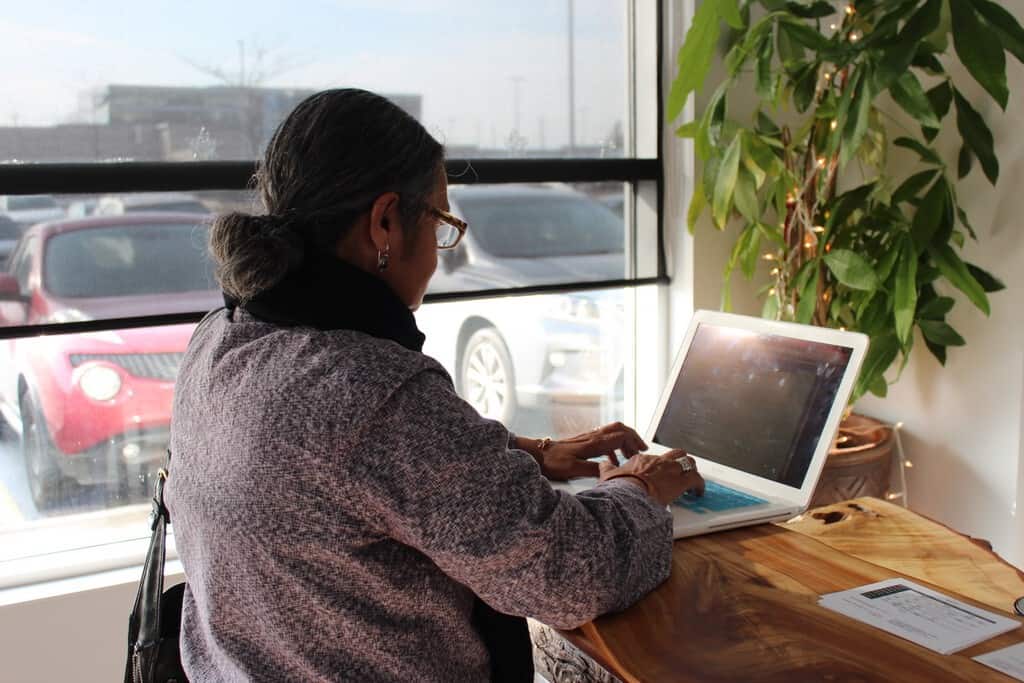 That’s my mom registering herself for the event at YogaVision!

The second stage was unstoppable drive! At this stage, I thought I could take on the world and get 60 people in the circle. It was childlike enthusiasm and looking back, it was an essential part of the process. It was during this stage that I did a lot of marketing for the event like telling my friends personally, creating Facebook events, putting up ads on Facebook and other social media.

Who wants a personal handwritten invitation to the upcoming #omchanting and #atmakriyayoga events in #Toronto? Holla at your girl. 😜

My handwritten invites to a select few people.

#toronto friends and especially #mississauga friends! Hope to see you at #omchanting for positivity at @yogavision on #Sunday. Want the inside scoop? Check out the link in my bio.

I wanted to invite all the participants of this OM Chanting circle to an upcoming Atma Kriya Yoga course that I was teaching in Toronto. To create an attractive invitation, I made goodie bags and filled them with a chocolate and a personal invitation to the course. 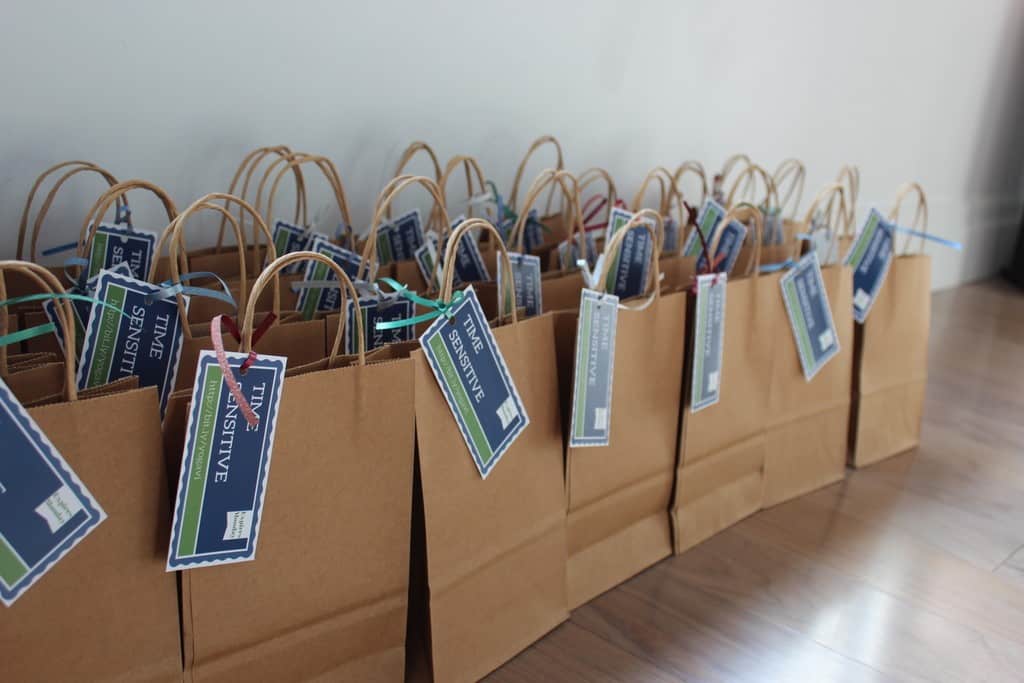 The goodie bags and invitations for the Atma Kriya Yoga course in Toronto.

The fourth stage was nervousness and this hit me the day of the OM Chanting. I felt less confident and I felt like I was overstepping my co-host at the yoga studio. This lead me to play small, not take up the full authority I should have as the leader of this circle.

Looking back, I wish I hadn’t doubted myself. I wish I had been fully there, in my full capability as a confident teacher and speaker instead of playing small. This would surely have created an even richer experience for the 34 participants of the OM Chanting. 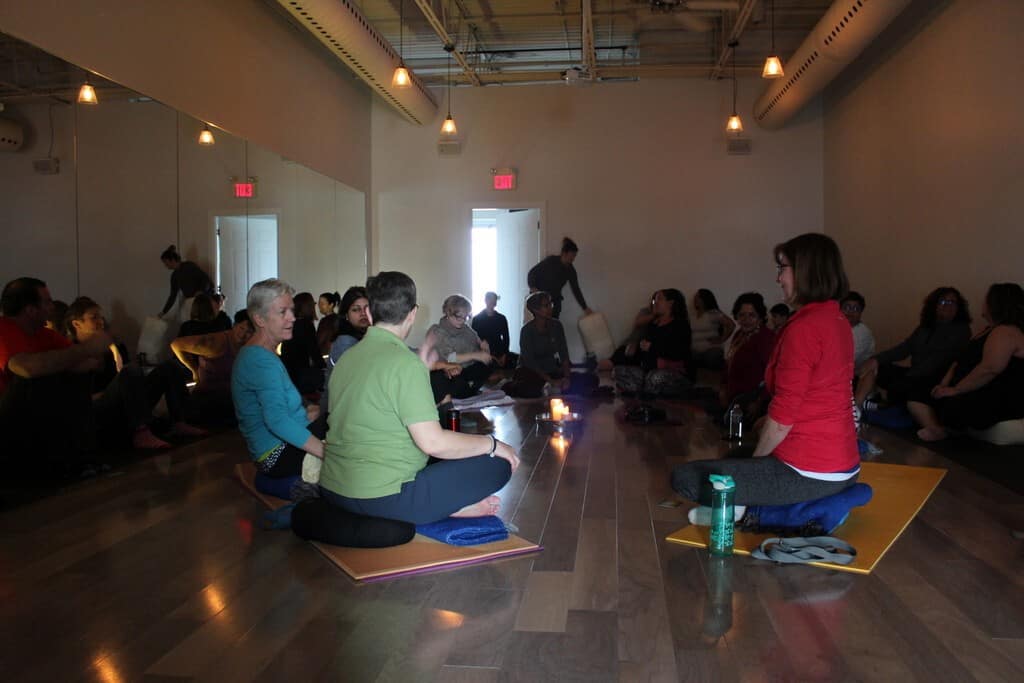 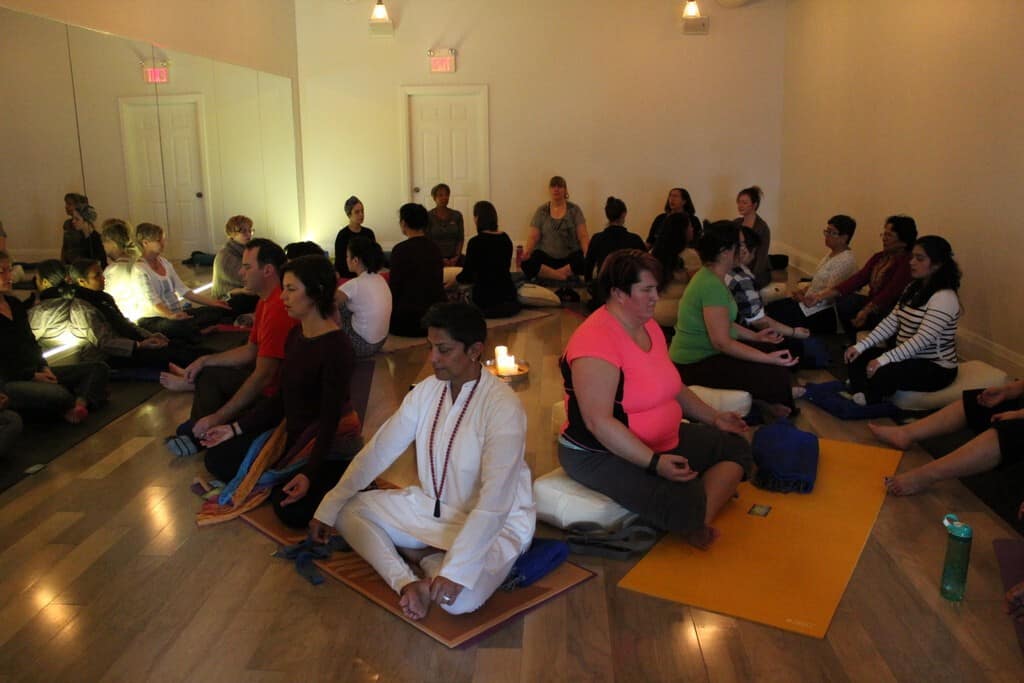 The fifth stage was relief. It came at the end of the chanting and I let myself relax after it was done. It was a great time for socializing and answering questions and I did my best to do so and represent OM Chanting, Atma Kriya Yoga, Bhakti Marga and my Guruji, Sri Swami Vishwanda as best as I could. 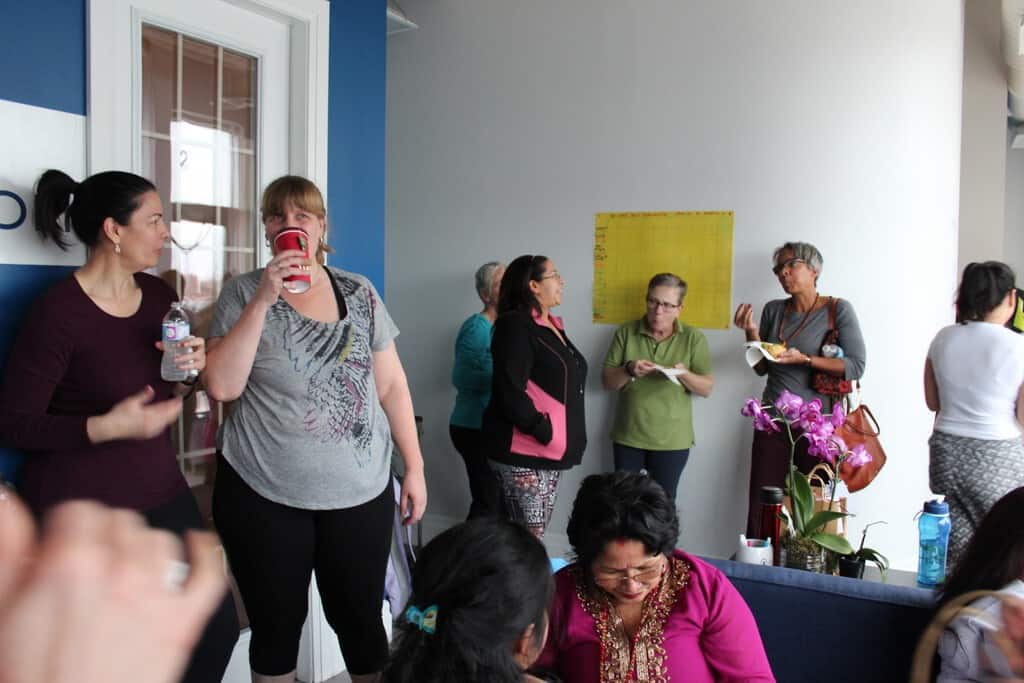 Many people were receptive to it and asked lots of questions. Some might have preferred that I share information only about OM Chanting and not about its roots within Bhakti Marga or its origins from Sri Swami Vishwananda, but I don’t believe I had any other option. I had to speak from the heart and I did. 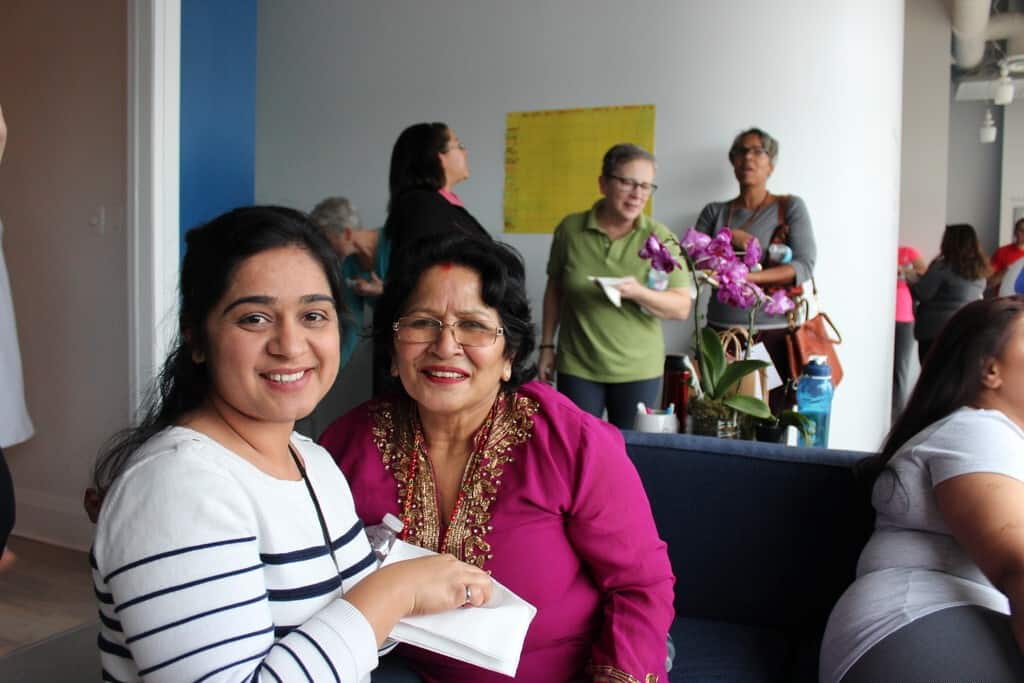 I wish to thank every single person who came along to experience OM Chanting circle in Mississauga for bringing your amazing energy and smiling faces to the event. I’d like to thank Salimah, the owner of YogaVision for making this incredible experience possible. 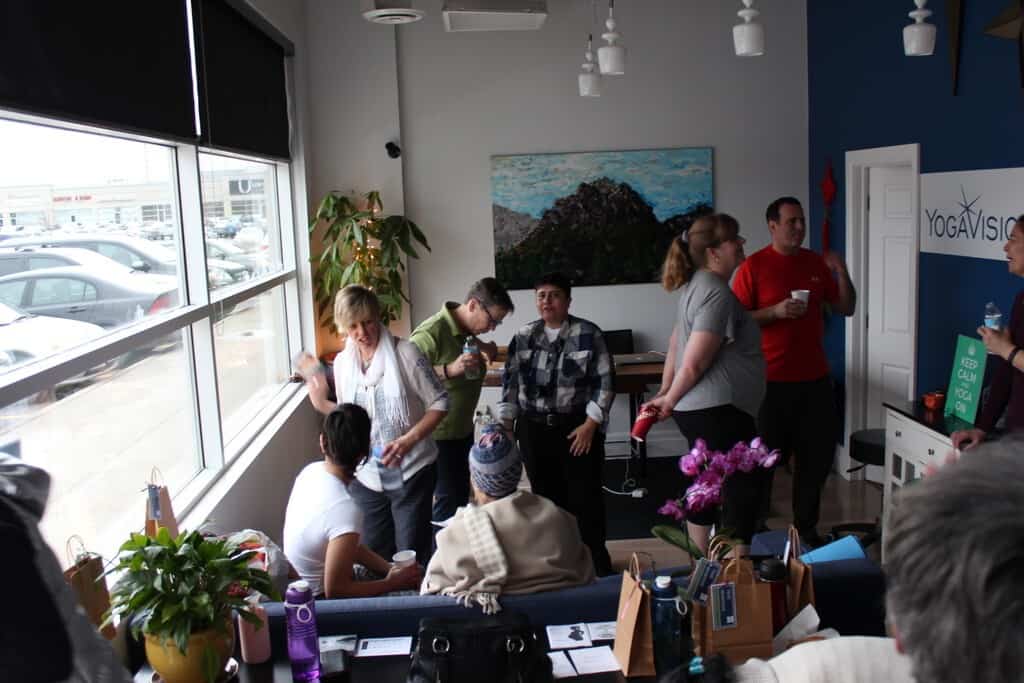 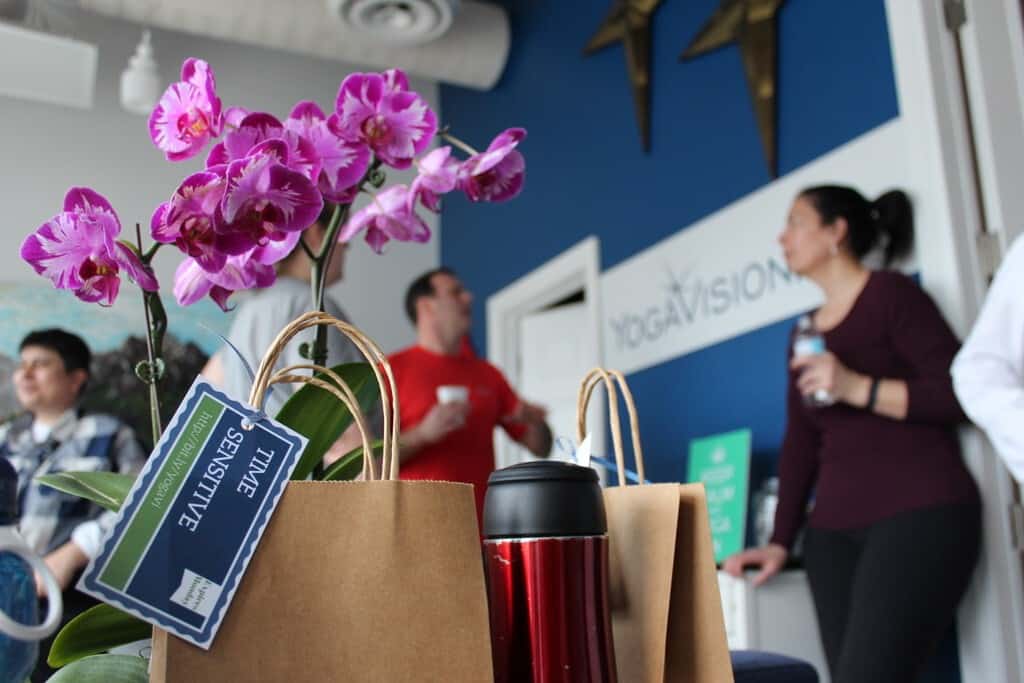 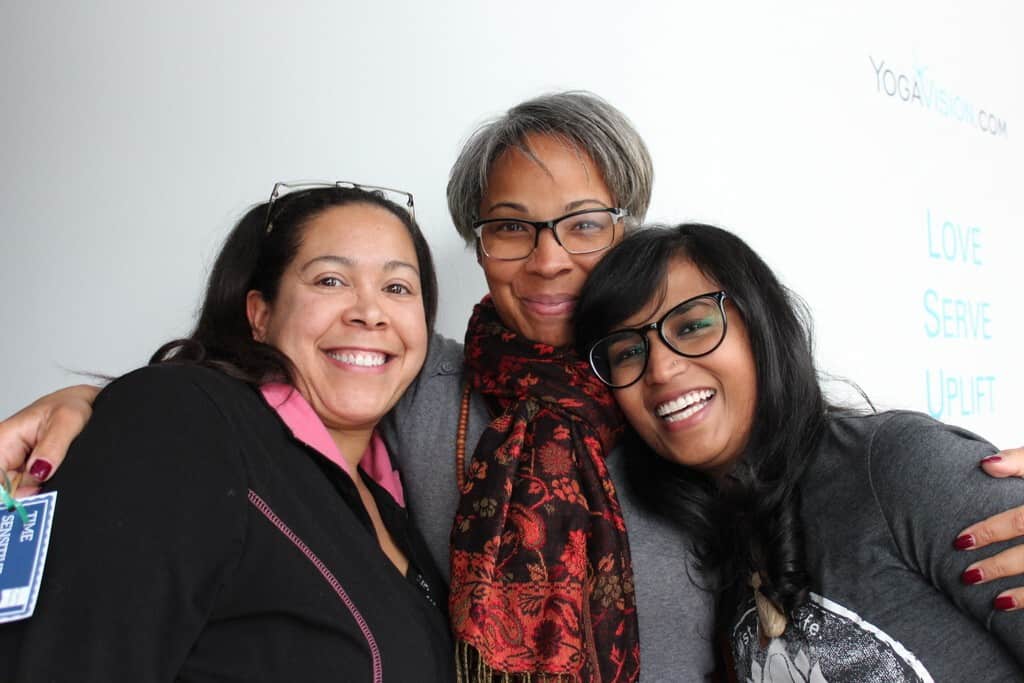 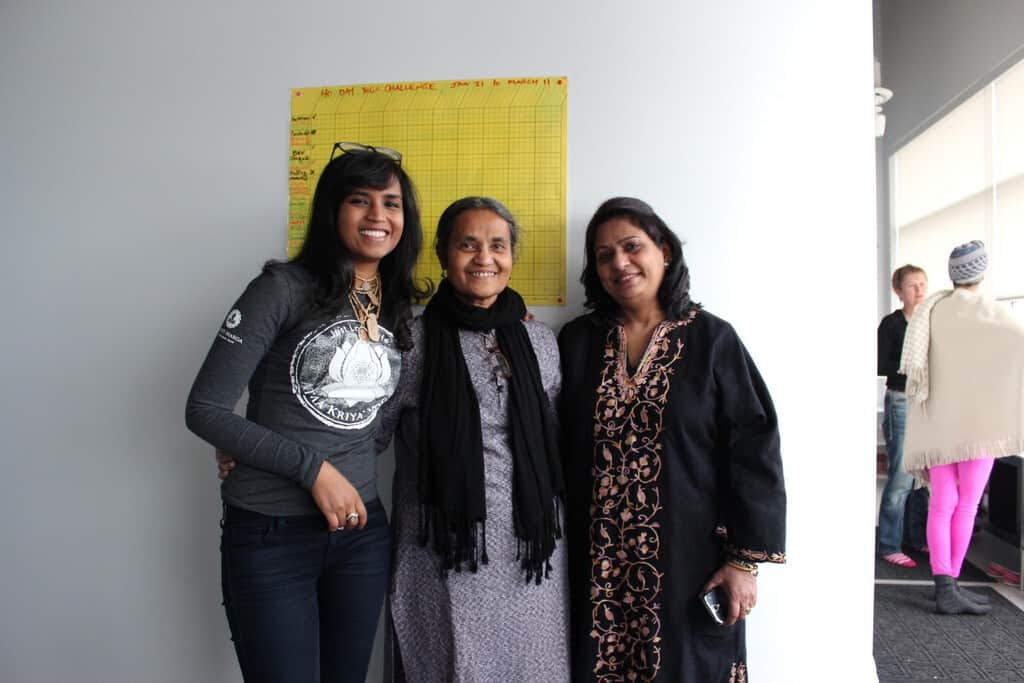 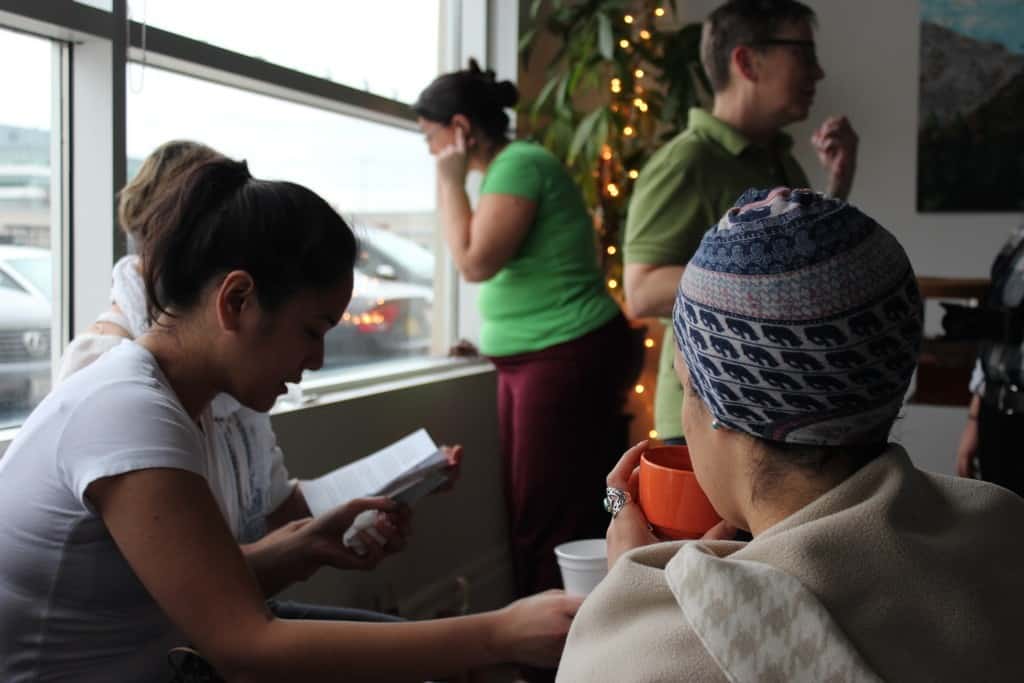 And finally, I hope to see some of you in the future at another OM Chanting event or in an upcoming meditation class with me!